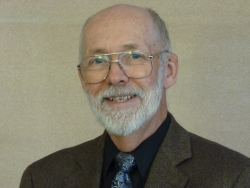 Everett Worthington, Ph.D., is professor of Psychology at Virginia Commonwealth University and is licensed as a Clinical Psychologist in Virginia. He has published about 30 books and over 300 articles and scholarly chapters, mostly on forgiveness, marriage and family topics, and religion and spirituality. He frequently discusses forgiveness, marriage, and family in media. For more on these topics, see http://www.EvWorthington.com. His personal and professional mission is to do all he can to bring forgiveness into every willing heart, home, and homeland.

He became interested in forgiveness through his practice in couple counseling, and he began conducting research on forgiveness in 1990. He focused his early research on forgiveness and reconciliation in couples and families, and that interest continues to date. He also has developed and studied the effectiveness of psychoeducational groups in secular milieus to help people deal with unforgiveness. Ev has created a wealth of absolutely free resources for people who want to run forgiveness groups using his evidence-based (over 20 controlled scientific studies that show it to be effective) REACH Forgiveness groups. Visit his Virginia Commonwealth University personal webpage (www.people.vcu.edu/~eworth) and feel free to download and use Word documents for Christian or secular groups and also for counselor resources to help people forgive. You can change them around to fit your needs. They are there for you.

In the last ten years, he has studied forgiveness, justice, faith, and virtue. He became interested in their relationship after his mother’s murder. Ev forgave the murderer, as did his brother and sister. They each consider that forgiveness to be a legacy that their mother passed to them. Still, the emotional fallout of dealing with a violent murder can be devastating, and Ev’s brother committed suicide as a result. Ev inevitably felt self-condemnation over his failings in his relationship with his brother, and he has studied self-forgiveness since then.

From 1998 to 2005, he directed A Campaign for Forgiveness Research, a non-profit organization that supports research into forgiving. He worked to build a strong field of scientific research into forgiveness. The Campaign is now under a new director who is focusing on dissemination of the findings.

He has studied a variety of topics relevant to positive psychology, the branch of psychology dealing with virtue for self and other. These include forgiveness, altruism, love, humility, marriage enrichment, and religion and spirituality. He attributes much of his success to the many wonderful students and colleagues he has had the privilege of working with. More can be found at http://www.EvWorthington.com.

He has several recent books, including Forgiving and Reconciling: Bridges to Wholeness and Hope (InterVarsity Press, 2003), which is built on over twenty years of research helping people to REACH forgiveness. The Power of Forgiving (Templeton Foundation Press, 2005; book and audio CD) is a collection of quotes on forgiveness within a narrated essay on finding the treasure of forgiveness in the ruins of relationships.

For professionals, he has written Forgiveness and Reconciliation: Theory and Application (Brunner-Routledge, August, 2006), which explains his stress-and-coping theory of forgiveness, describes his psychoeducational programs to promote forgiveness and reconciliation, and discusses a model of psychotherapy to help people REACH forgiveness. Handbook of Forgiveness (Brunner-Routledge, 2005), an edited collection of reviews of research from the top researchers in the world representing the state of the science, summarizes research on applied and basic understandings of forgiveness. For more, be sure to check out: http://www.EvWorthington.com.

In 2005, he published a revised edition of Hope-Focused Marriage Counseling (InterVarsity Press, 2005), which is aimed at couple counselors helping people to (1) communicate and resolve conflicts better and (2) forgive and reconcile. The Hope-Focused Marriage Enrichment has been adjudicated to be one of four empirically supported treatments for marriage enrichment.

Another recent book is Humility: The Quiet Virtue (Templeton Foundation Press, 2007; book and audio CD), which is a collection of quotes on humility built around a personal narrative of his heroes of humility and headed by the story of his mother-in-law who is dealing with progressive dementia.

Ev and team edited a research book, only for those who are not faint-hearted, which summarizes research on self-forgiveness from over twenty research teams. Here is the reference for intrepid researchers:

Ev is currently writing a book for psychotherapists for how to treat self-condemnation. This probably will not be published until the middle of 2022.